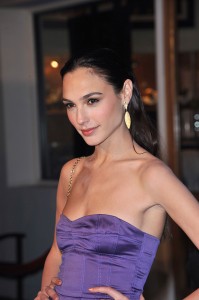 We got a lot of positive feedback from our “Wonder Woman” article. Although much of it was tongue-in-cheek, the topic of beauty and pop culture seems to resonate. So how does relate to my plastic surgery practice you may ask? Well, first and foremost, beauty is difficult to define for most people. A majority of my consultations are spent discussing one’s self-perception rather than actual procedures. Beauty is an “I’ll know it when I see it” kind of thing rather than a list that you can put down on paper. Next, I believe that pop culture images are a useful tool that provide a litmus about our perception of beauty and a narrative of our current cultural norms. As Wonder Woman is a quintessential pop culture image, she is a perfect representation of how we view the female form. Superheroes like Wonder Woman are designed from the ‘ideal,’ and they show us how that ‘ideal’ has evolved through each generation. Now, when you throw in some rebooted Greek mythology, you get a better understanding of why the comic book world has invaded the entertainment industry. It is no longer the world of young kids in comic book stores anymore. To this end, the announcement that actress Gal Gadot will play the part of Wonder Woman in the upcoming Man of Steel sequel has brought this topic front and center.

Here are a few of Gadot’s accomplishments:

– “Miss Israel” in 2004 and a participant in the 2004 Miss Universe beauty pageant
– International fashion model
– Transitioned into acting with a few small roles, including the lead in the Israeli drama Bubot (“Dolls”)
– Most recently has had recurring roles in the Fast and Furious movie franchise

Although Gal Gadot has many appealing qualities, casting her as Wonder Woman is a definite shift from the iconic images of the Amazon warrior princess we grew up with. Gone are the classic Wonder Woman features, including broad shoulders and hips, strong arms, large breasts, muscular legs, and an angular face. With the Gadot version of Wonder Woman, we have a Victoria’s Secret-like makeover defined by a slender trunk, narrow waist, soft facial features, and moderately sized breasts. It is a little hard to imagine an Amazon warrior princess that is a size 0 with model-like beauty who looks better in heels than fierce boots. I guess we will have to see what DC Entertainment cooks up for the movie.

There has been a definite shift in Hollywood and our culture over the past 15 years. Average-sized starlets (sizes 4 to 8) have disappeared and been replaced with women who have bodies like that of Megan Fox. Even Lynda Carter wouldn’t have a chance now. But is this true to how Wonder Woman was created? The real Wonder Woman would lift weights, not do pilates. She would drink coffee with cream, not low calorie vanilla-flavored almond milk, and she definitely wouldn’t be gluten free. I’m just sayin’…

I could discuss the cosmetic procedures that would make Gal Gadot look like the old school Wonder Woman, but that would be pointless. She is clearly beautiful in her own right and requires no “tweaking.” However, to be honest, a part of me misses the old days…that era when airbrushing was just for cars and an Amazon warrior princess actually looked like she came from the Amazon. The larger, stronger Wonder Woman will remain forever in our hearts but for now is a distant memory. The new and improved Amazon warrior princess has been officially glammed.